This was my weekend

That’s the Indy Racing League Grand Prix of Detroit, run on the streets of Belle Isle Park. It was great for 45 laps, then the road surface started falling apart. More specifically, patches of some type of material were sticking to the tires of the car and getting pulled up. 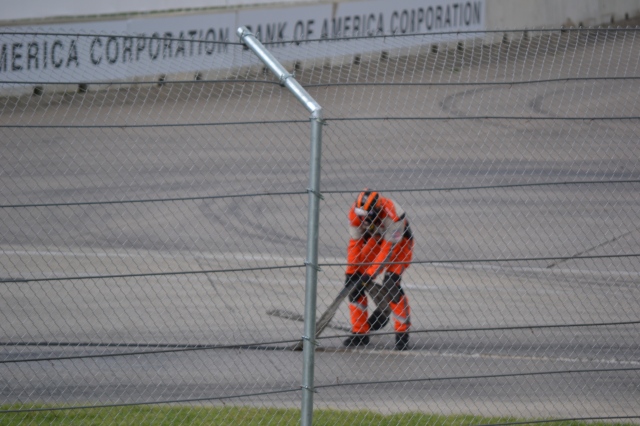 That caused one car to crash just around the turn from where we were, resulting in this.

The race was red-flagged, some kind of quick-drying ooncrete was used to patch the surface (this was happening in multiple spots around the track), and two hours later the race resumed. But due to the lateness of the day, they ran only 15 of the remaining 45 laps. That was a bit disappointing, but we still had a good time. Congrats to winner Scott Dixon, who dominated the race from start to finish.

J@m3z Aitch is a two-bit college professor who'd rather be canoeing.
View all posts by J@m3z Aitch →
This entry was posted in Uncategorized. Bookmark the permalink.

11 Responses to Vroom, Sort Of